God has big plans for your life, and that can start right here. If you’re just getting to know us, or if you’ve been here a while and are now taking steps to get more involved, you’re part of something pretty awesome (we know we’re biased). Give Grace a solid try. If it’s not a good fit for you, that’s ok…we can probably help you find a church that is. If it IS a good fit, you’ll love it…a “no turning back” kind of love it. We’re so glad to meet you and can’t wait to see how God works in your life. Welcome to Grace.

Think Grace might be a good fit for you? We’d love to help answer any questions or help get you connected! Just fill out the connection card form below and someone will be in contact with you soon.

The Story of Grace Church

We hear a lot of good feedback about Grace’s capacity to adapt and change, but we can’t take credit for it. That ability is part of our church’s DNA. Grace Church has been navigating change for over a century, far before any of us were around.

Grace Church started unofficially on May 1, 1895, when nineteen immigrants gathered in a home at the intersection of 7th and Holland to meet and worship in their native tongue. They referred to themselves as the Swedish Baptist Church.

The Story of Grace Church

We hear a lot of good feedback about Grace’s capacity to adapt and change, but we can’t take credit for it. That ability is part of our church’s DNA. Grace Church has been navigating change for over a century, far before any of us were around.

Grace Church started unofficially on May 1, 1895, when nineteen immigrants gathered in a home at the intersection of 7th and Holland to meet and worship in their native tongue. They referred to themselves as the Swedish Baptist Church.

In 1906, those Swedes made their first significant change. They tore down the house and built a church building on the now-empty lot where they could better serve the needs of the Swedes who continued to immigrate to the area. By 1939, the congregation found themselves facing a dilemma. They could either preserve their rich cultural identity or continue impacting the community. They decided that reaching out to others was too important, so they changed their name to Grace Baptist Church and began to hold their services in English.

The 1950s brought more change. In 1959, the church members made another risky move and bought two acres of undeveloped, rural land in Millcreek. That farmland at 38th and Colonial would eventually become a thriving community. It was a risky change and, ultimately, the right one.

The 1970s marked the beginning of steady growth for Grace Church. In 1974, Pastor Cornell Haan led the congregation to innovate new initiatives that knew the needs of families. New Christians were being added to the church regularly. Pastor Al Detter assumed leadership in 1978, and the church underwent more changes. The congregation grew from 250 people to the nearly 2000 people who call Grace Church their home today.

During those years, the congregation embraced several more changes. The facility underwent multiple expansions, new services began, they planted a church, embraced more modern music, and the church learned that it had to organize and govern itself differently as it grew. In 1978, Grace had two staff members. Today, the pastoral and ministry staff has grown to nearly 90, including volunteer staff leaders.

Growth in the 2000s forced Grace to change its location one more time. Grace purchased a 41-acre parcel on Grubb Road and built a 45,000-square-foot facility in 2007. It was another risky move, but the church acted boldly and embraced a change that would allow us to be a better resource of hope and healing for generations to come. Then in the fall of 2010, Sr. Pastor Al Detter sensed God’s calling him to transition into a supporting role while promoting Pastor Derek Sanford to the Lead Pastor position. This sacrificial decision was yet another example of the “mission first” philosophy that has marked our history.

This leadership transition opened the door for Grace to embrace a new change and develop a multi-site strategy – one church in multiple locations. And on Easter 2011, Grace Harborcreek opened its doors meeting at Harborcreek High School. After a year of meeting at the school, Grace was gifted a church building in Harborcreek to be our permanent home! God did an amazing thing and used the generosity and selflessness of a handful of people to bless hundreds more.

Then, in the fall of 2014, we committed to launching Grace Online, an online worship experience, so that we could expand our reach to the ends of the earth.

Oh, and remember that first church on Holland Street? In late 2017, Erie Insurance Group gifted that historic building back to Grace! We are excited to renovate the building and explore how God wants us to use it!

We’re constantly changing how we do church so we can continue to present the unchanging great news of Jesus to our community and the world. We have a rich legacy to uphold and a bright future ahead. We hope that includes you! 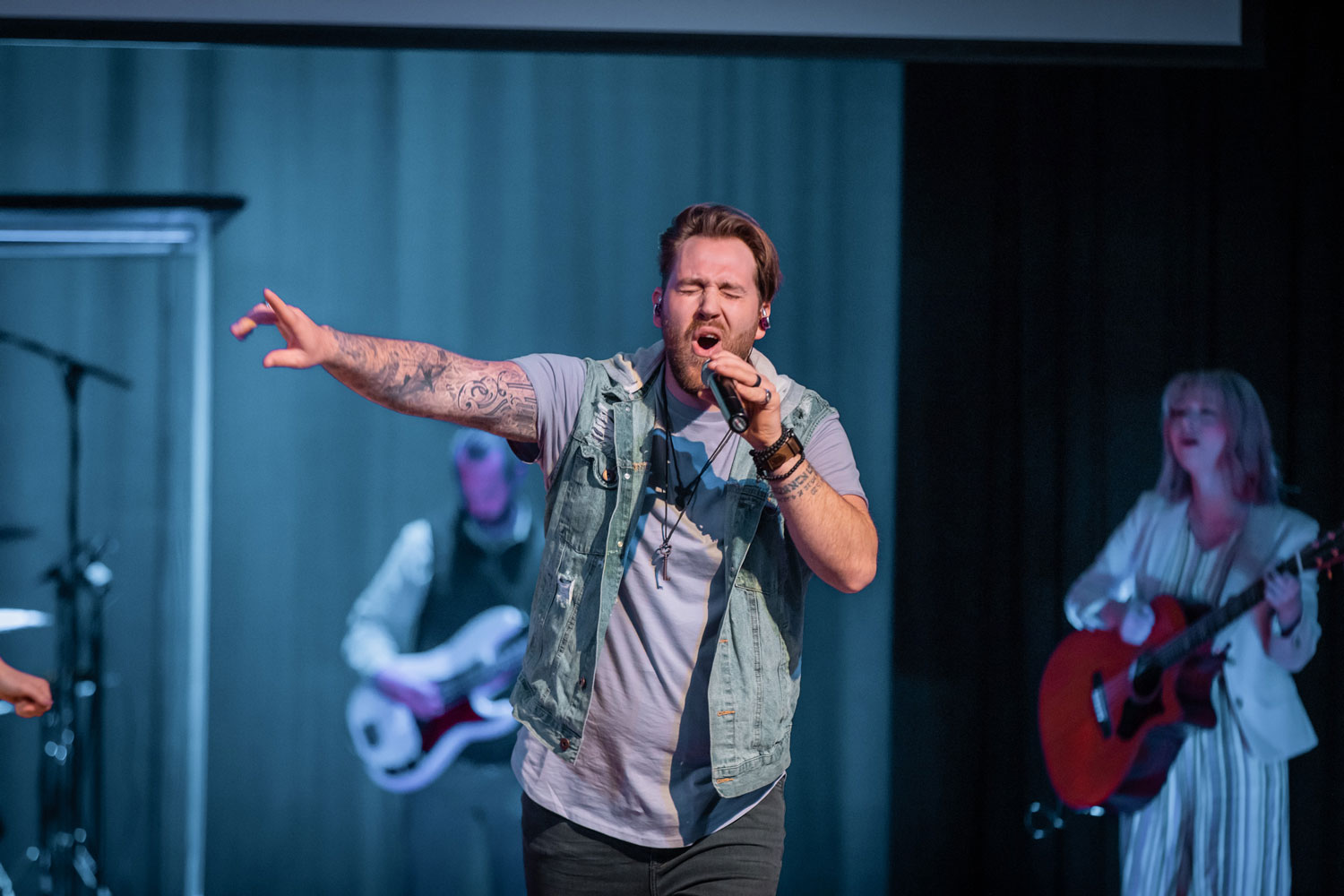 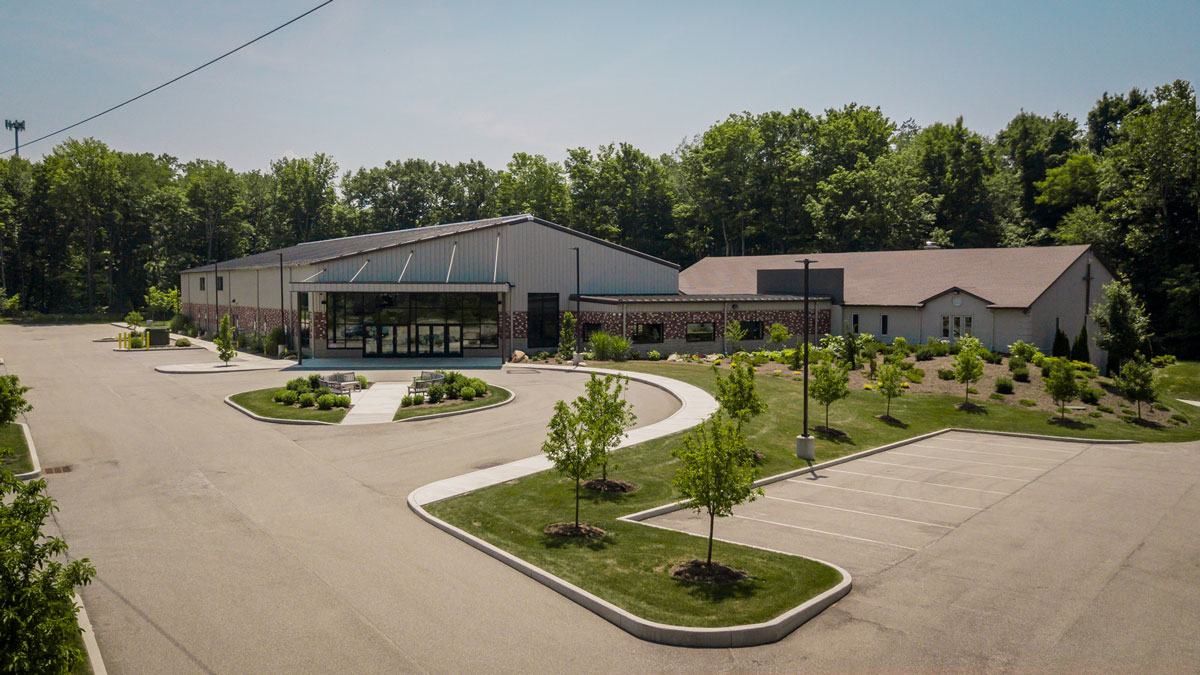 Grace Harborcreek began in 2011 at Harbor Creek High School and now has a permanent home at 2420 Cumberland Road in Erie, PA. 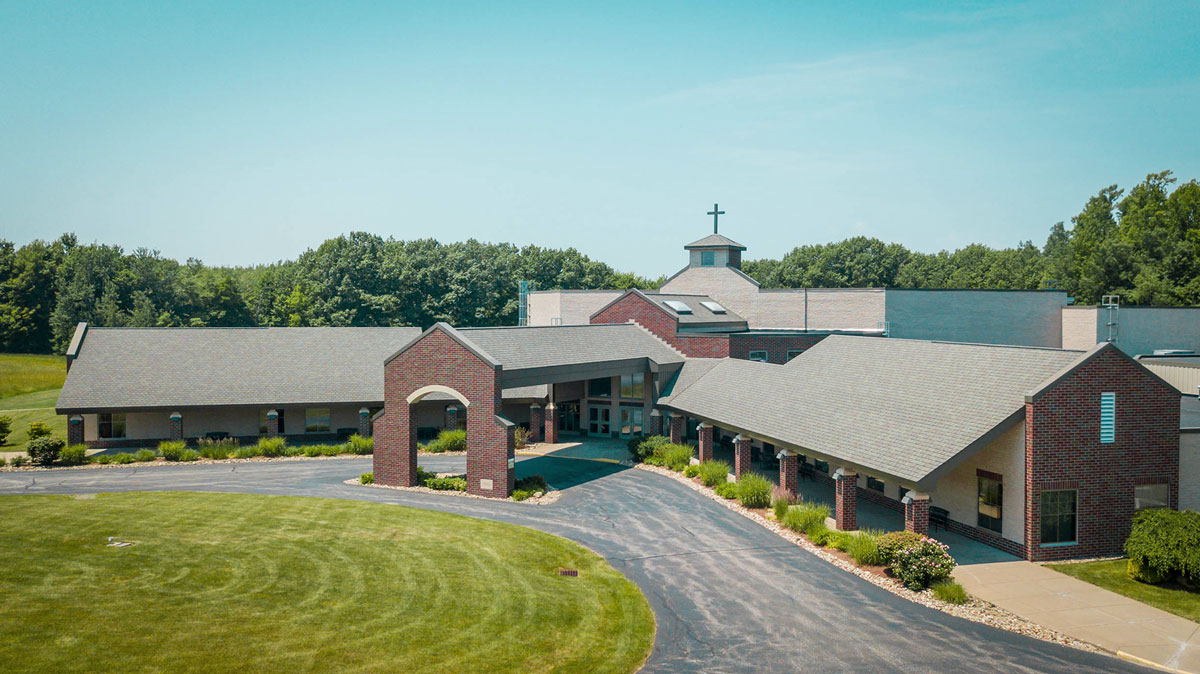 Grace McKean was built in 2007. It has two unique venues for Sunday morning worship: the Commons, which is a more classic feel, and the Worship Center, which is more contemporary in nature. 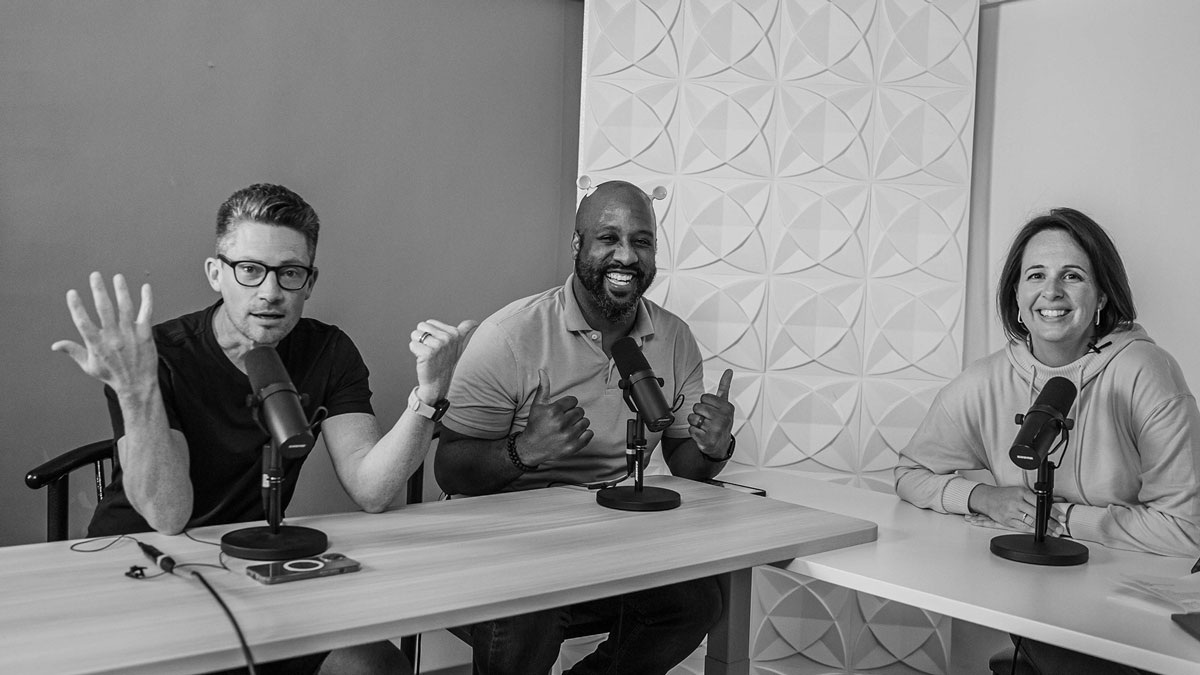 Grace Online is a unique church experience with lively discussion and worship elements that are curated just for that congregation. It is broadcast LIVE at 12:30pm EST.

Grace is one church in multiple locations with three ministry arms. We are an old church, but hardly act our age! Our goal is to create a new kind of church rooted in history. We believe the church is most effective in reaching its community when it embraces education and community service in addition to worship and discipleship.

Each ministry arm has a unique focus. Sites focus on worship and discipleship, ServErie champions justice and compassion, and Grace Leadership Institute specializes in biblical and leadership education. 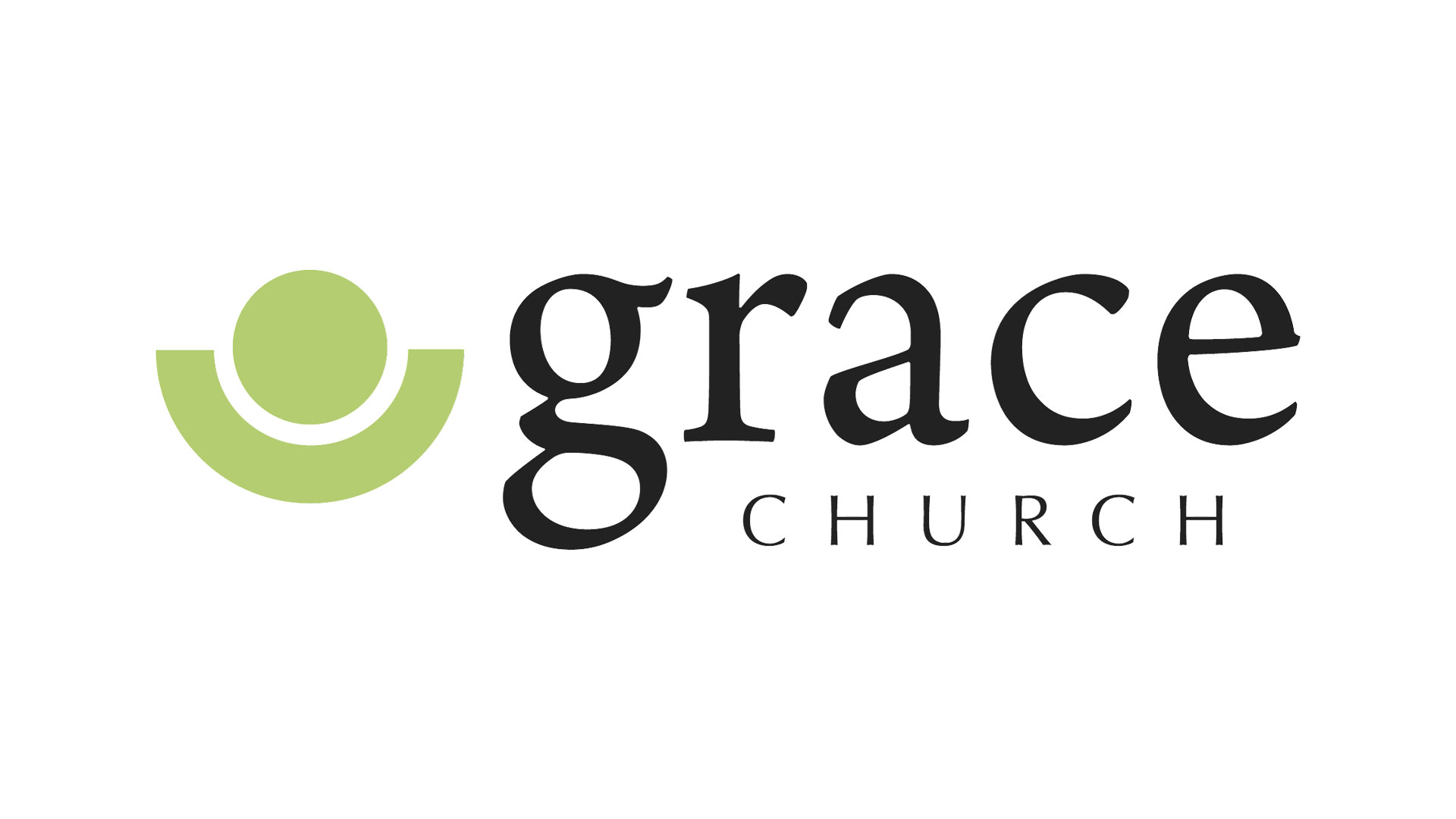 Grace Sites is the worship and discipleship ministry arm of Grace Church. This is the website you’re visiting right now. Along with Grace Leadership Institute and ServErie, we exist to make and be fully devoted followers of Jesus Christ and our vision is to transform communities with transformed people. 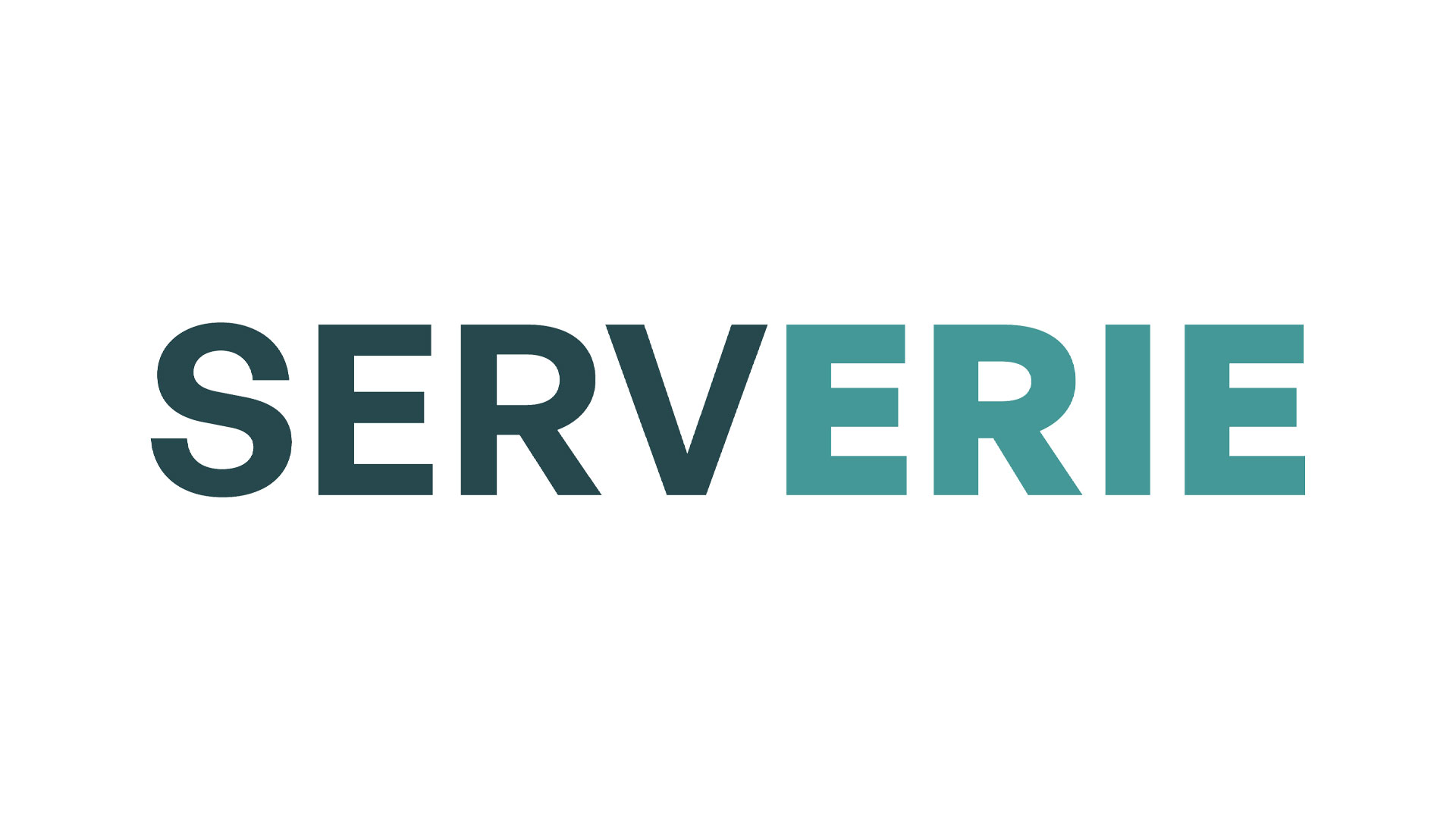 ServErie is the community outreach ministry arm of Grace Church. ServErie is a magnet and a beacon: We attract volunteers to connect them with existing agencies as we shine a light on the needs in our community and celebrate our region. 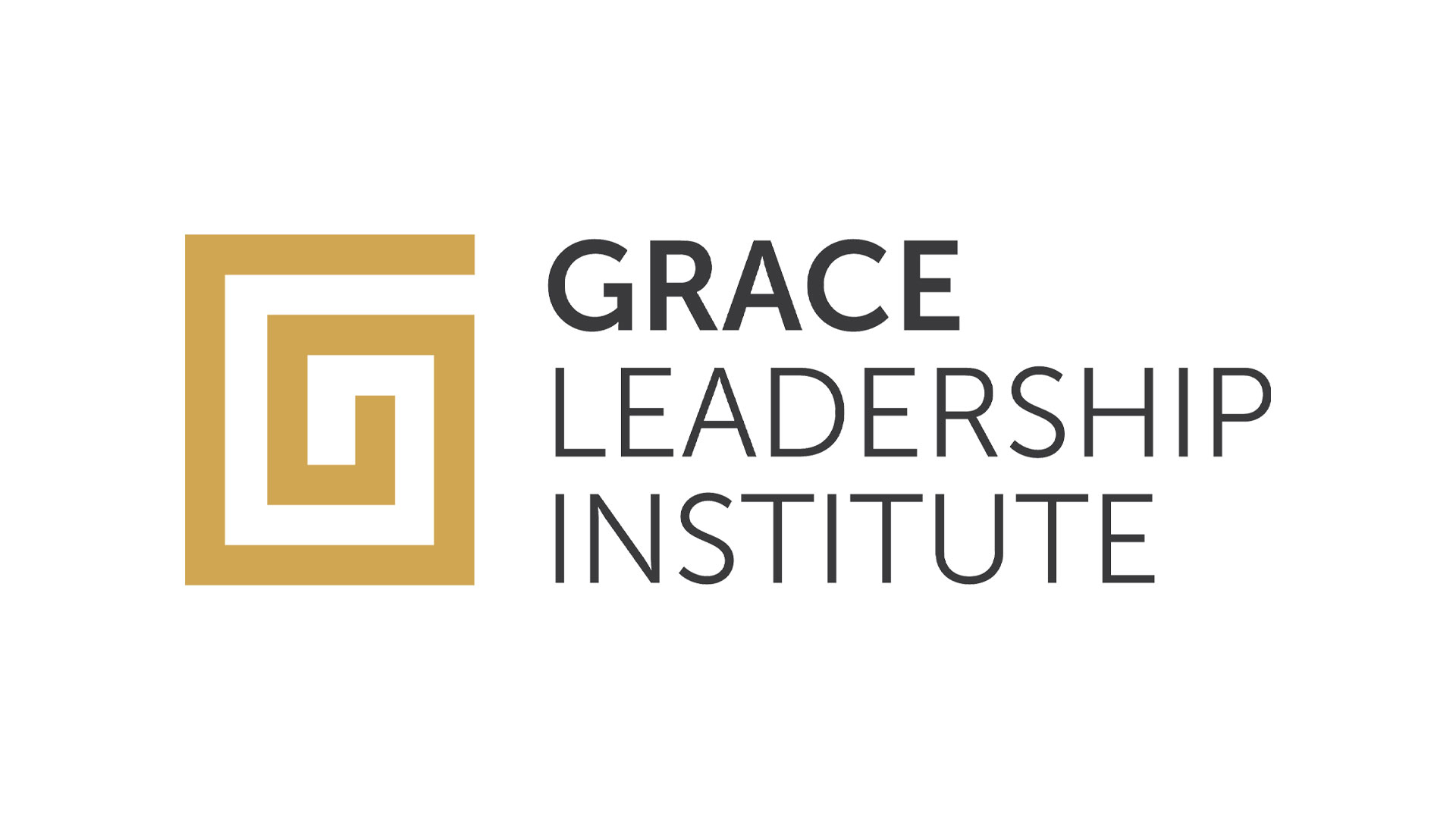 Grace Leadership Institute (GLI) is the educational ministry arm of Grace Church where we are learning and leveraging Christ-like Leadership together. Fun fact: GLI is located in Grace Church’s original building from 1895!

Grace Church exists to make and be fully devoted followers of Jesus Christ.

Here is where you can find our vision, mission, values, and other organizational information like our Statement of Belief and governing documents. Our most recent Annual Report is here as well.

Grace’s staff is made up of both paid and volunteer individuals. Here’s a list of people who most commonly need to be contacted, but if you need someone or something else, don’t hesitate to reach out and ask!

Get to Know Us
What We Believe
Our Staff